In July of 1926, fourteen spirit-led Christians were led by God to start a new church in Louisville, Kentucky. The result? A diamond in the rough named St. Stephen Baptist Church.

For one year, they invited guest ministers to preach to the small congregation, which worshipped in the basement of Antioch Baptist Church. It only took one sermon from a young Simmons University student named B.J. Miller, Sr. to convince the church that he was worthy of serving as St. Stephen’s first pastor. And so, he did. 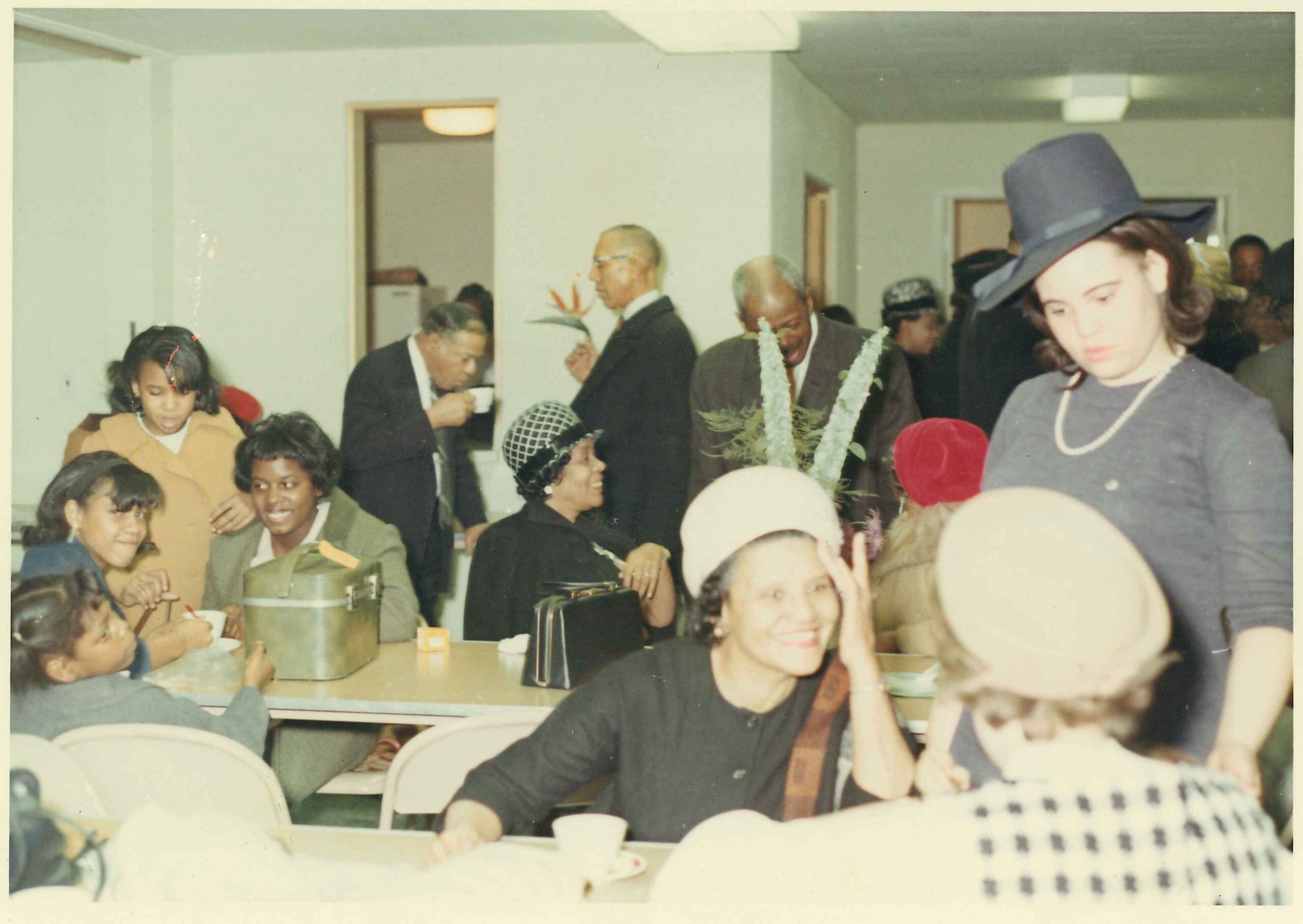 For 44 years, Rev. Miller served as St. Stephen’s spiritual and visionary leader. Under his leadership, the church grew and established a proud heritage that produced a legacy of radical ministries, highly respected gospel singers and musicians.

In fact, it was St. Stephen’s non-traditional thinking in 1952 that gave birth to one of Louisville’s first inner-city family life centers. The Ormsby Boys Club was founded shortly after St. Stephen had outgrown its third church home on Kentucky Street. As it moved to what is now known as the church chapel, St. Stephen agreed to lease its vacant space to the Boys Club for $1 a year to support youth and family development in the California Community. 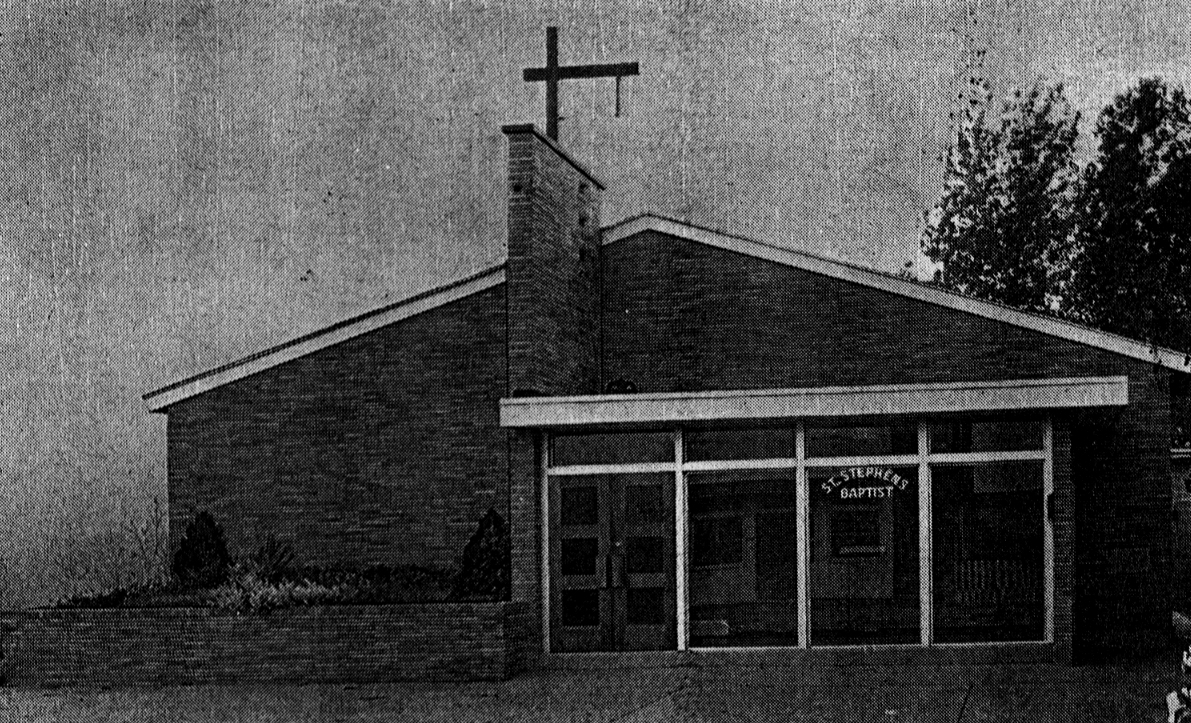 Similar creative approaches helped to create a growing membership that ultimately required larger Christian-education and worship space. To accommodate the needs of the growing congregation, the church voted to build the B.J. Miller Educational Building on the back of the church towards 15th Street in 1966.

Rev. Miller served as pastor of St. Stephen Baptist Church until his death in 1970, at which time, Dr. Benjamin S. Baker was extended the invitation to lead the church.

As the son of founding member Percy Baker, Rev. Baker was aware of St. Stephen’s rich and illustrious history. During his five-year tenure, he contributed to the church’s legacy by overseeing the construction of the church parsonage in the1970’s and strengthening the spiritual maturity level of the membership. Rev. William T. Young succeeded Rev. Baker as pastor and served for two years.

In November of 1979, St. Stephen Baptist Church called as its fourth pastor a 20-year-old, Eastern Kentucky University student by the name of Rev. Kevin W. Cosby, who would take the church to an even higher echelon of greatness. 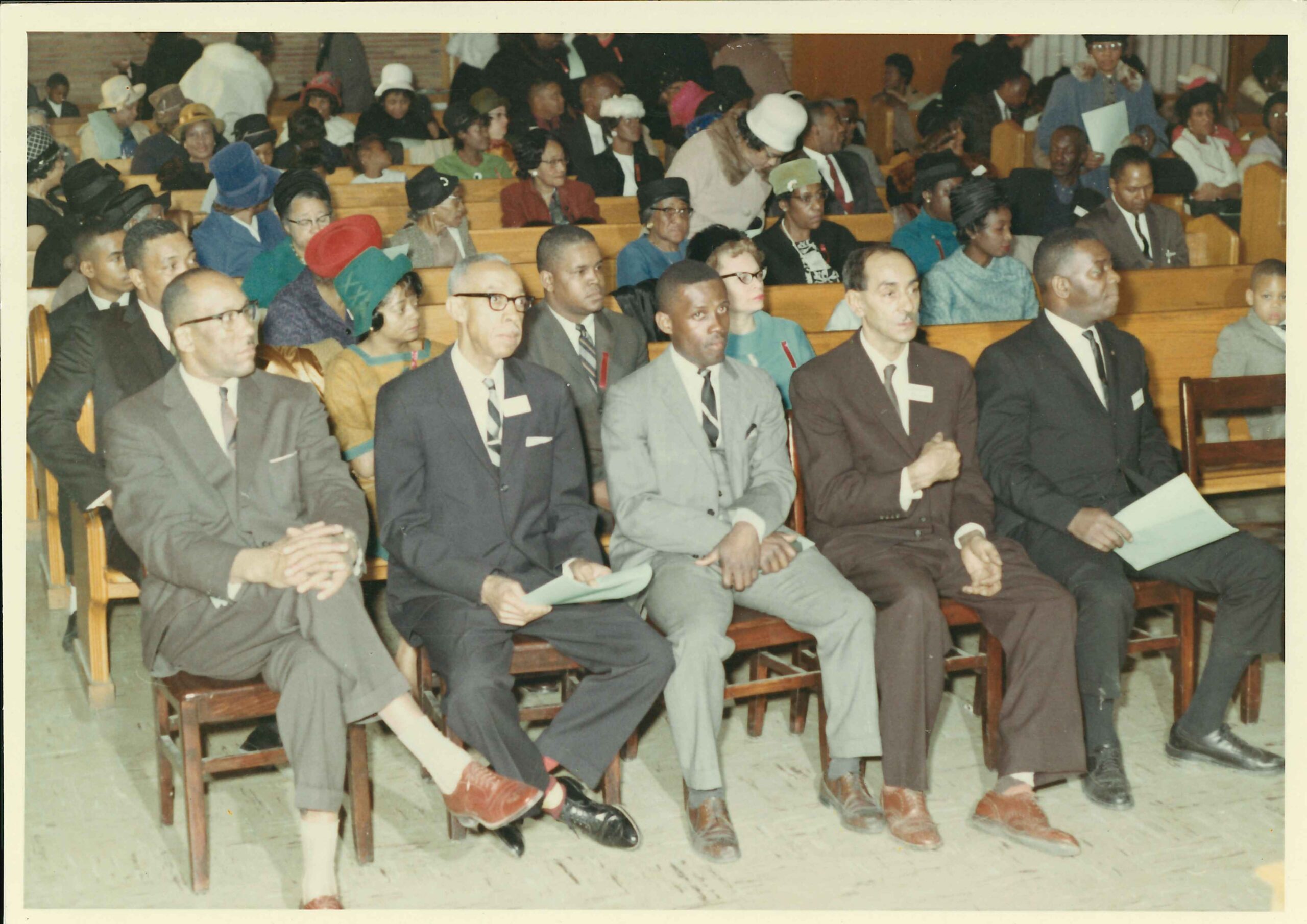 Although quite young, Rev. Cosby’s rise to leadership within the church seemed inevitable. In addition to being born and raised as a member of St. Stephen Church, he was reared by a family with a rich history of church leaders.

His grandfather, Dr. B.J. Miller, Sr. was one of the first Blacks to graduate from Southern Baptist Theological Seminary and was St. Stephen’s first pastor.  His mother, Clora E. Cosby, served as the church’s minister of music until her untimely death in 1969. And for many years, Laken Cosby, Jr., his father, was a member of the deacon board. Rev. Cosby prepared for his calling at St. Stephen by working as assistant minister at First Baptist Church of Richmond, Kentucky while in college.

With the understanding that it was just as important for his congregation to receive a quality Christian education, Rev. Cosby focused his efforts on building a superior Sunday School program for St. Stephen in the mid-1980s. As a result, church membership flourished.

By 1989, the church congregation had grown far beyond the 300 regularly attending members who welcomed Rev. Cosby in 1979. His anointed preaching and teaching began to attract such large crowds to the undersized church that an “On the Wall Committee” had to be created. The “On the Wall Committee” consisted of hundreds of men who volunteered to stand around the walls of the church to make room for the women and children to be seated during Sunday morning worship service.

In contradictory fashion, Rev. Cosby overlooked the need for more worship space and commissioned the church to build a new family life center. Erected in 1989 and equipped with a full-sized basketball court, an indoor running track, a weight room and classroom space, the Family Life Center became a safe-place for many youths in the area.

However, the exponential growth of the church membership could not be ignored. The need for worship space would eventually demand that the Family Life Center gymnasium be converted into a worship center on Sunday mornings. For several months it eased the growing pains, but it would not be long before the “On the Wall Committee” resurfaced again. 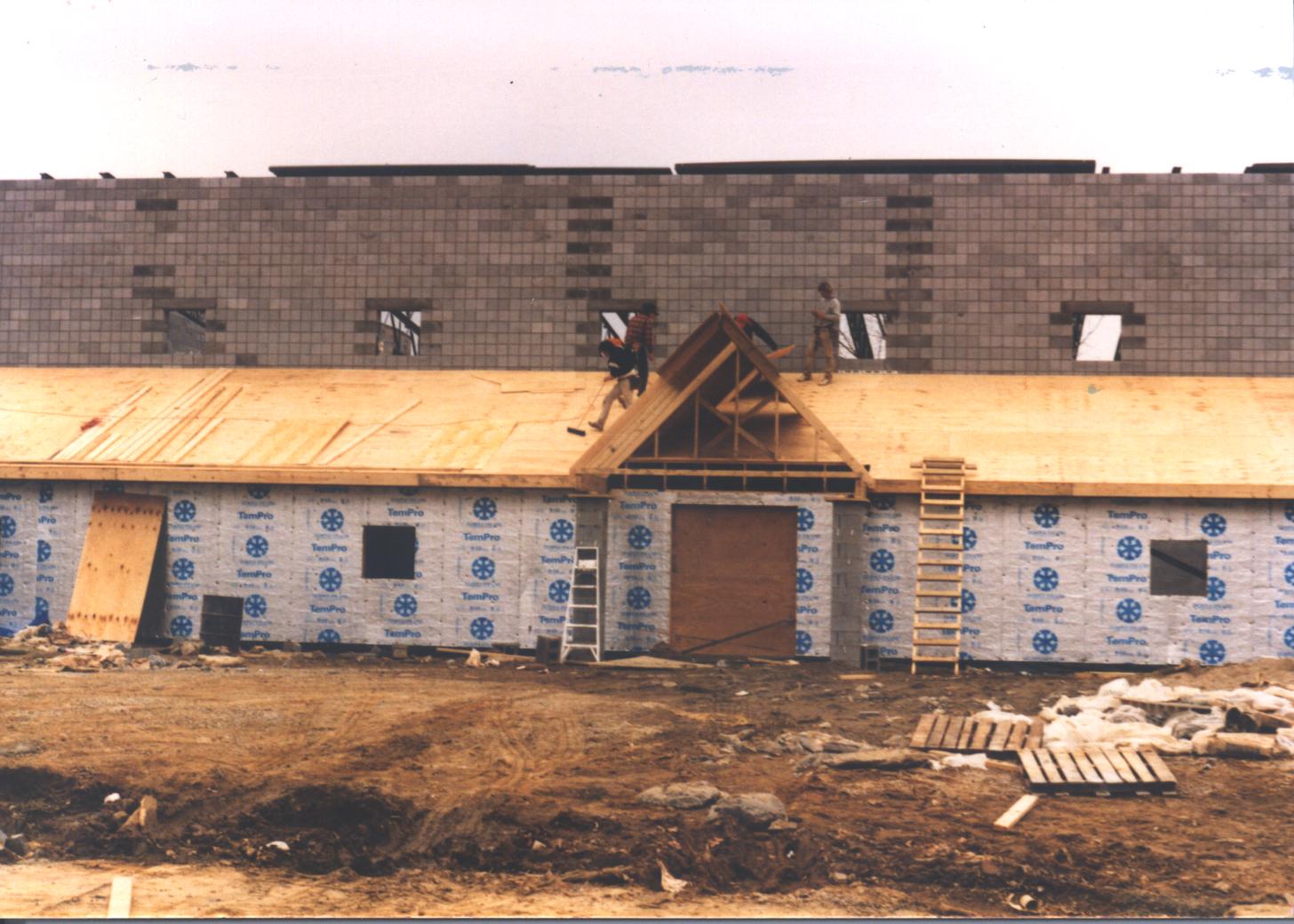 In 1993, St. Stephen sought yet again to solve its space needs. This time, however, the church would take a bold step and build a $1.4 million, state-of-the-art worship center to accommodate its more than 2,000 members. The growth in church staff and choir members resulted in an expansion of that facility in 1998 that included an elaborate office suite and a choir rehearsal hall.

Not only had the church sought to build for the future, it has made notable efforts to connect with Black Louisville’s almost forgotten past-particularly with the purchase of the former Simmons University campus where Rev. B. J. Miller, Sr. was once a student. In 1997, the church purchased this property which was built by former slaves and which from 1879 to 1930 offered college, medical and law degrees, until its forced downsizing due to the Great Depression.

As the church continued to grow, so did Rev. Cosby’s influence. In 1994, the Courier-Journal newspaper named him Louisville’s Most Influential African American. In 1996, he was added to the city’s annual list of the most influential people. And in a retrospective look at the past 100 years, WHAS-TV listed him among Louisville’s 100 most influential leaders of the 21st Century. 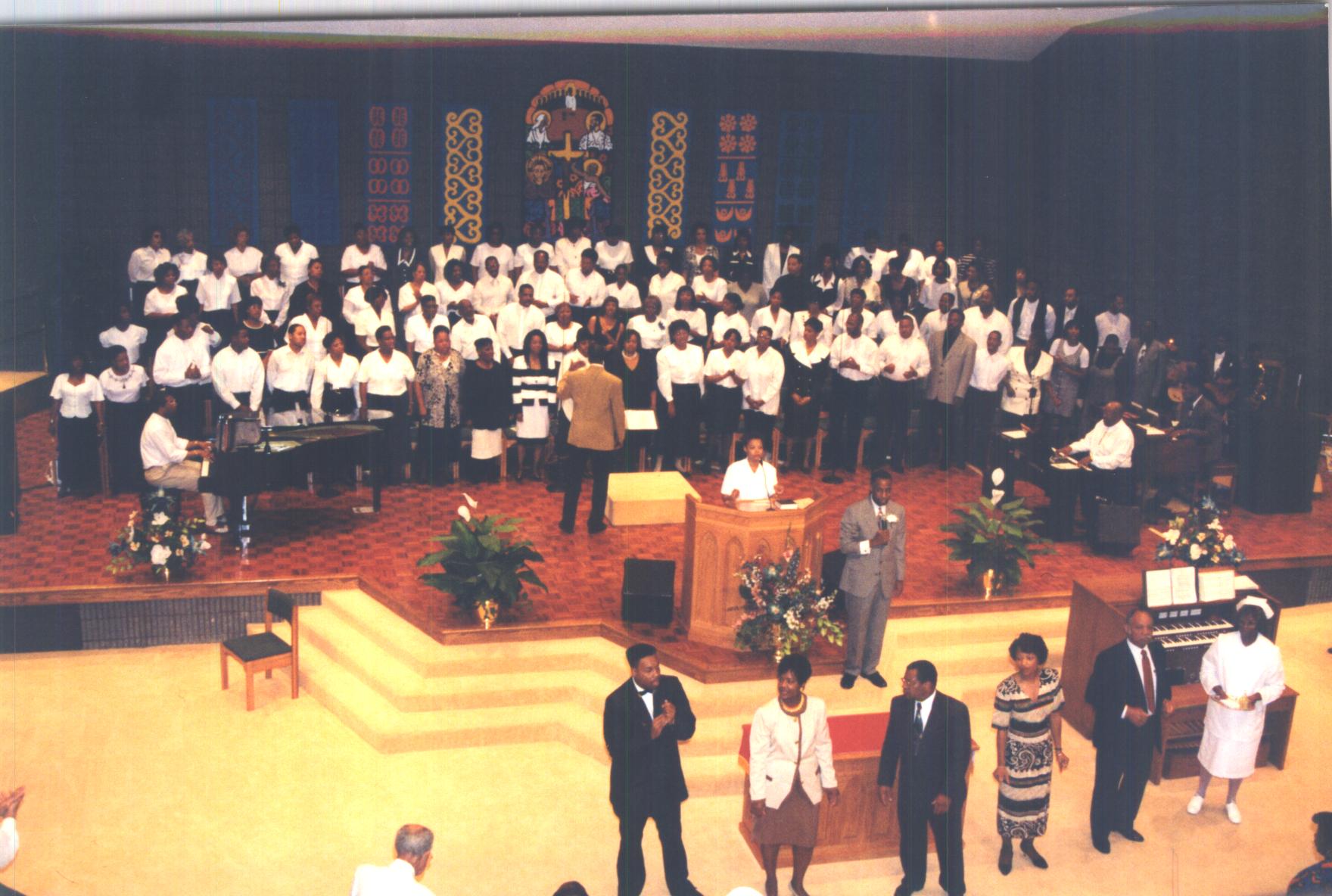 Today, St. Stephen Church is the largest African American Church in Kentucky with over 15,000 members. Through the preached word, dynamic worship, and the formation of over 100 ministries, St. Stephen Church has consistently served as an agent of transformational change in the community. For instance, St. Stephen’s annual Jubilee Festival, which celebrates the emancipation of slaves, has grown from a small community carnival in 1989 to what is now one of the region’s largest three-day music and cultural festival.

In April of 2001, St. Stephen Church started a church in Southern Indiana with the weekly services being held in the auditorium of Clarksville High School.  God gave the increase and as a result, land was purchased, and a $5 million worship center was constructed.  In 2004, the members of St. Stephen Southern Indiana began worshipping in the new facility. 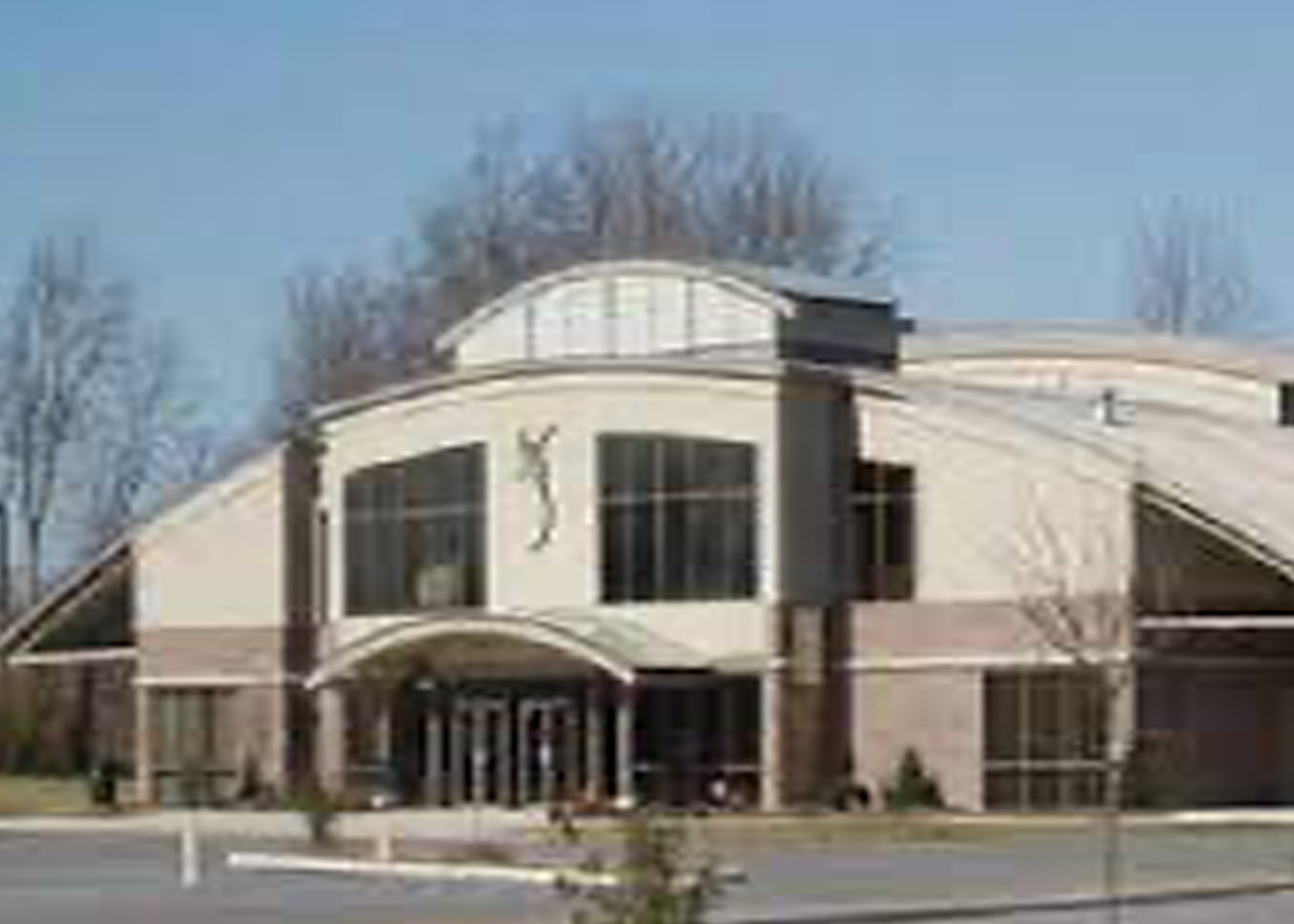 St. Stephen sought to further meet the needs of the community and expanded the Family Life Center by constructing a $4.2 million three-story building which included: a double basketball court, dance studio, racquetball court, fitness center, café and classroom space.  The ribbon-cutting was held In October 2001, which adds to the church’s 76+-year legacy of Kingdom Building.

In June of 2005, Hotel California was erected to serve as transitional housing for men in recovery, and community resource building.

In December of 2012, St. Stephen embarked upon a bold endeavor to reach the nation and world with the launch of the “On-Line Campus” (that is reaching thousands across the world). 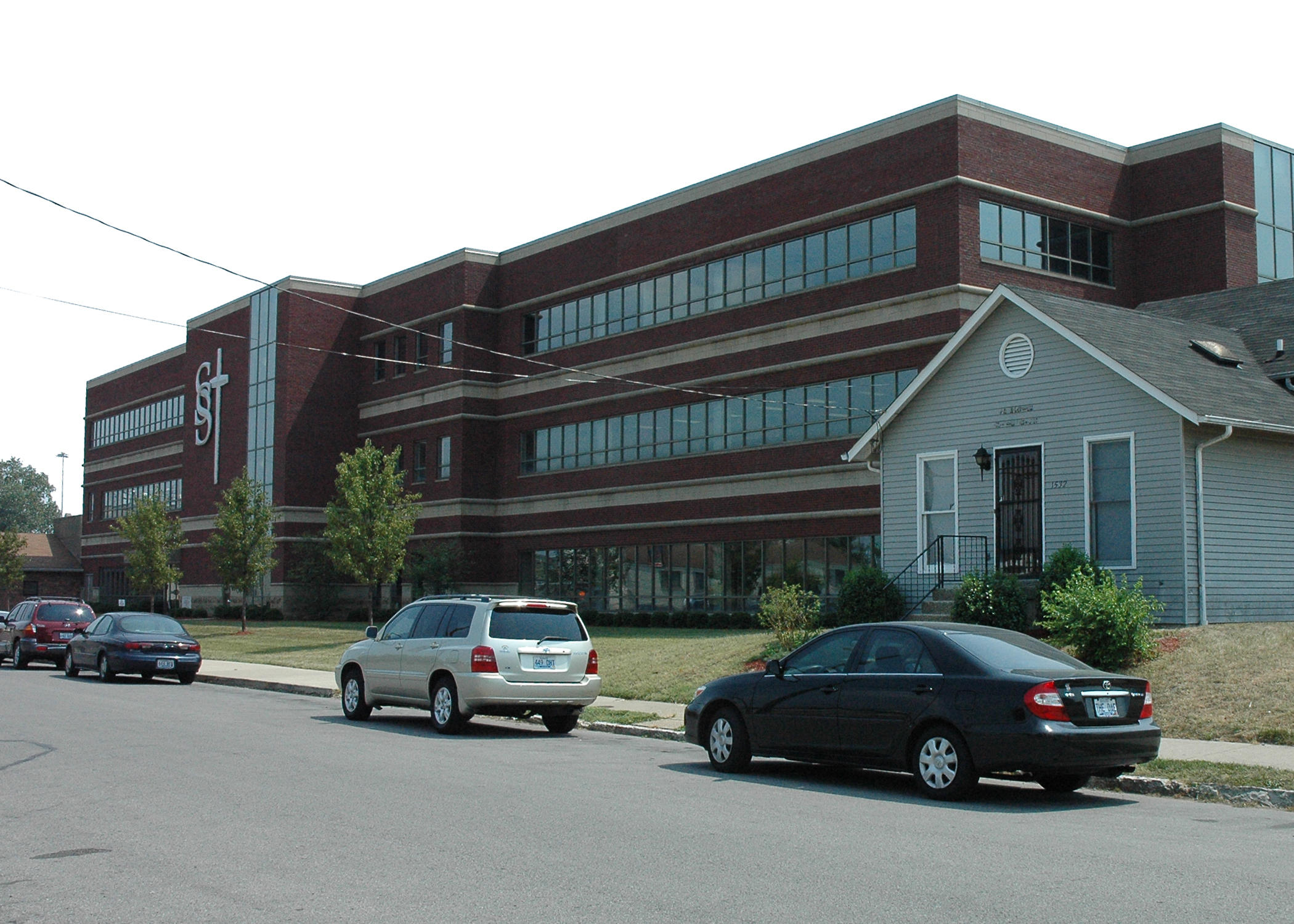 On October 13,  2013, under the visionary leadership of Pastor Cosby and with the faithful assistance of Stu Melvin and Curtis Brunson, St. Stephen started a new church in Hardin County and had 70 new members to unite with the church on the first Sunday.

On October 20, 2013, St. Stephen hit another milestone in successfully paying of the debt owed on the Louisville Campus. This milestone was highlighted with a ceremonial burning of its mortgage at each of its services.

Subsequently, on June 14, 2015, St. Stephen of Southern Indiana added to the church’s history of debt liquidation with a ceremonial burning of its mortgage.

In August of 2015, the provisional grace of God enabled the purchase of the former Gloryland Harvest Church in Radcliff, Kentucky to become the new home of St. Stephen Church of Hardin County. Sunday, October 11, 2015, marked the entry into the new worship facility, located on 23-acres of land.  The ribbon-cutting ceremony and initial service featured a monumental Music Department Showcase of the choirs of all three campuses–St. Stephen Louisville, St. Stephen Southern Indiana, and St. Stephen Hardin County. 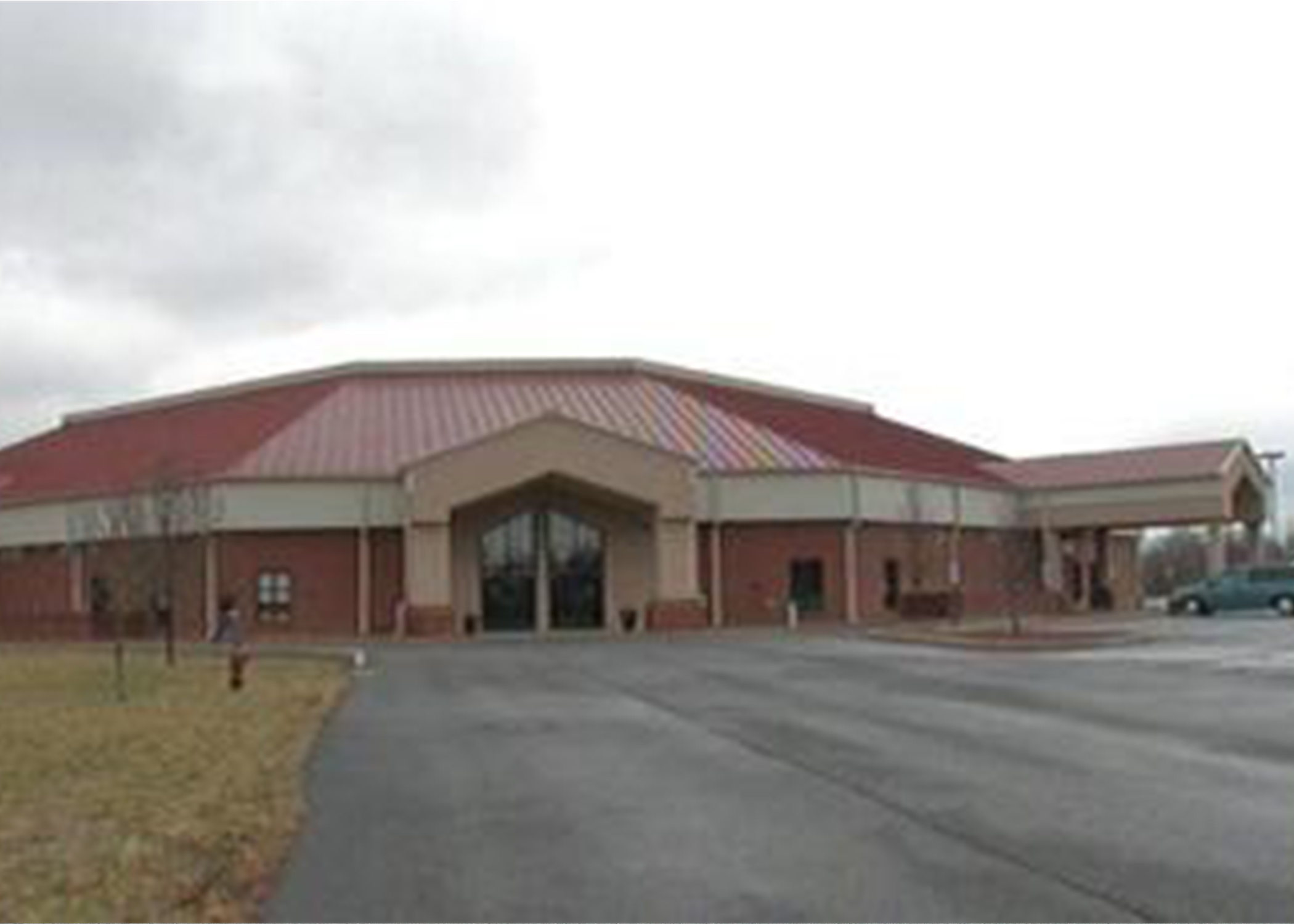 In March 2020, the Covid-19 pandemic may have stopped the world in one regard, however, it was the catalyst that spawned SSCLiveTV, St. Stephen’s online TV network. Under Pastor Cosby’s visionary leadership, St. Stephen Church created a daily devotional called Powerful Points to Ponder with Dr. Cosby, the LENS (Leading Ebony News Source) and SSCLiveTV, with original online programming for the nation and beyond as experienced through the Black lens–programs such as:  Health for Your Mind, Body & Spirit with Dr. Giavonne Rondo; The Principal’s Office with Michelle Pennix; Your Money Matters with George Demaree; Let’s WRAP with Derrick Carr; and Black Music Footprints: The Jazz Experience with Mondre Moffett, to name a few.

With the expansion of our online worship services and programming, St. Stephen e-campus grew to include members who live in other states such as Connecticut, Georgia, Ohio, and Florida.  To God be the glory for the great things He has done! 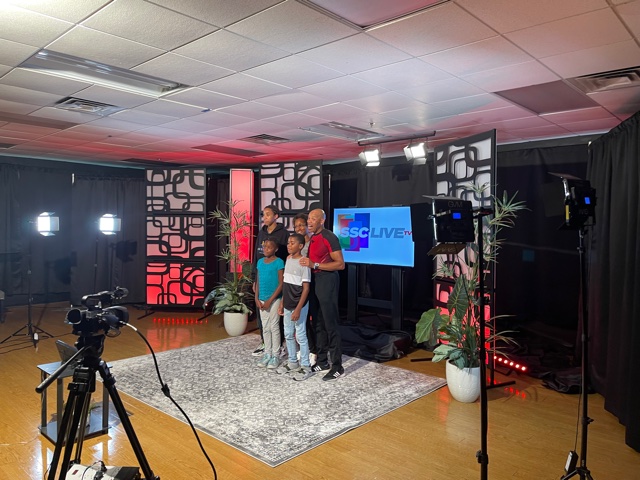